In 1837 a surveyor named Robert Hoddle was sent from Sydney to the mouth of the Yarra, charged with the duties of laying out what would become the city of Melbourne. The design was a grid layout running parallel to the river, and has become known as Hoddle’s Grid.

When Robert Hoddle came to the shores of the Yarra River in 1837 there was little to greet him besides an illegal settlement of colonists who had come over from Launceston. He led a team that would map out the foundation for a new city, following the regulations laid out in 1829 under the previous governor, Ralph Darling.

The regulations had a lot to do with how the Melbourne grid was laid out, although Hoddle aligned it to be parallel to the river, rather than north-south east-west. It was the convenient thing to do.

The city was almost named Batmania as suggested by its original founder and local explorer, John Batman. However, it eventually took the name of then British Prime Minister, Lord Melbourne, and the resulting layout has become known as the Hoddle Grid. It is a name and design that has persisted to this day.

Hoddle followed the regulations of the time closely. All surveys would be exactly 10 chain square blocks, a chain being around 20 metres in length. This land was subdivided into 20 half-acre allotments, with streets being one and a half chains in width. The only alteration to the design was put in by Governor Bourke, who added the narrow laneways of Melbourne such as Flinders Lane and Little Collins St.

After Governor Bourke had left and Hoddle remained surveying, he gradually changed the survey practice to get rid of those lanes. So in East Melbourne the lanes were widened out to become streets. 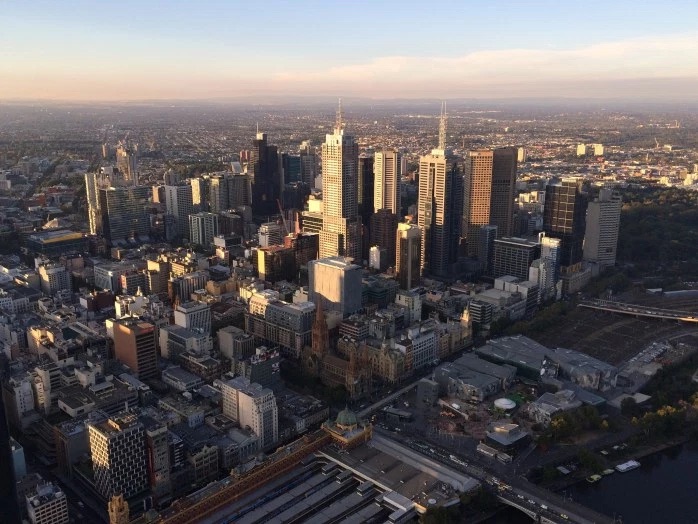 As Melbourne grew through times of gold rush, war and federation, the city changed. The orientation of the city, originally conforming to Hoddle’s grid to follow the alignment of the river, grew outwards in a standard ‘north-south orientation’. This resulted in a kink in the city design, with dog-leg curves towards the ends of Elizabeth St and Swanston St.

Extra north-south laneways were added to facilitate sewerage and waste disposal. Skyscrapers replaced residential cottages, and the city sprawled outwards. Trams now clank down the streets where there were once only horses.

Hoddle was eventually given the task of auctioning off parcels of land on the grid he designed. With his commission he brought two blocks himself, at the cost of £54. He used one of these plots to build his retirement house at the corner of Bourke and Spencer streets, where he lived out his days in the grid that now bears his name.